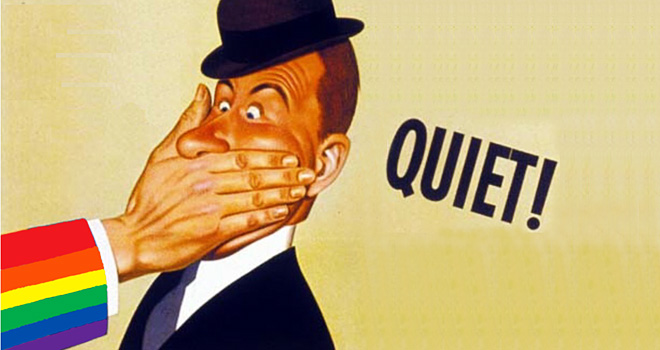 Not long ago I lectured to a class of seniors at Catholic University of America on the topic of the UN and the development of international law and human rights. Among the new efforts to develop human rights, I discussed “sexual orientation and gender identity” (SOGI), the hottest of topics anywhere.

During the discussion, as I fully expected, SOGI was all the students wanted to talk about and each of them who spoke expressed various degrees of concern, shock, and even disgust.

This was likely the only time they had ever heard that homosexuality cannot be adequately defined so as to create a distinct class of persons, and that even “gay friendly” academics agree. Likely the first time anyone told them that homosexuality is not inborn, and it’s certainly not immutable.

One young man smirked—many could only speak in smirks, some could only sit silently smirking—that he had a question but “you’re not going to like it very much.” I assured him I could take it. He remained unsure and had to be gently coaxed to ask his question. “What do you think of C-Fam being designated a hate group?”

The purpose of the Black List is so a smirking kid can call it up on his computer in a lecture room, belch out the information and knowing nods around the room confirm “we don’t have to listen to this creep.”

My organization landed on the anti-Christian Southern Poverty Law Center black list a few years ago because we advised the government and activist groups in Belize that there is no international obligation to legalize sodomy. We advised them as professional experts in international law and human rights. We were right on the law then and now.

The purpose of the Black List is so this discussion of how international law is developed need never take place. “They are on the Black List.” End of discussion. It is a neat trick to be able to put your political opponents on a list that then precludes you and others from having ever to engage their arguments. From that time to this, whenever my group is mentioned in the media, it always comes with the disclaimer, “Designated a hate group by the Southern Poverty Law Center.”

Note even the use of the word “designated.” Even that confers a kind of elevated status to what SPLC has done. Landmarks are “designated.” There is a finality to “designated,” a weightiness that cannot be changed or denied. In fact, all SPLC has done is call names, like children do, and heave a smelly bucket of manure on our otherwise fine reputation. It should be noted that my group is regularly consulted by foreign ministries from around the world about issues of human rights and international law.

In recent days, one of my staff members was chosen by the Trump administration as a “public sector” delegate to the UN Commission on the Status of Women. The pelvic left had a massive and very public aneurism. Brows were furrowed. Breasts beaten. Letters written. Petitions started. Complaints lodged. All of this covered by the mainstream media who dutifully, without reflection or original reporting, spat out the words “designated a hate group by…” End of story. End of discussion. They must be shut down and shunned.

A radical group calling itself “Outright,” which used to go by the far sniffier “International Lesbian and Gay Human Rights Commission,” issued a dossier on my group, a whopping 26 pages long. An anonymous member of the U.S. State Department said he was not aware of all the awful things we had done and said. 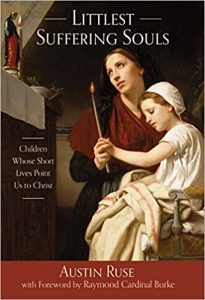 So, what were those awful things?

We apparently have the nasty habit of putting quotation marks around “homophobia” and “transphobia” as if these things do not exist! One may not question whether there are such psychological conditions, though neither “condition” appears as a category in the diagnostic manuals of the psychological or psychiatric guilds. Maybe one day.

The dossier quotes me quoting the teachings of the Church that homosexuality is “objectively disordered.” It should be noted that the brave LGBTs have never labeled the Church a “hate group.” They don’t have the guts.

Our other crimes include citing the work of Dr. Paul McHugh, longtime head of psychiatry at prestigious Johns Hopkins University who has said those with transsexual tendencies need no hormone treatments and surgical mutilation of otherwise healthy organs but psychiatric counseling. Because of his brave resistance to the transgender ideology, McHugh is now labeled by the LGBTs as the “widely discredited McHugh” though he is only “discredited” by leftist ideologues. Again, the purpose is to blacklist him, to shut him up.

Using data from the Centers for Disease Control we show there is a public health crisis in the “homosexual” world, exploding numbers of diseases new and old, along with other dangerous pathologies. This is not C-Fam. It is the CDC. Apparently, quoting the CDC is now hate speech.

I wrote an article for Breitbart about how a professor at the University of Michigan had complained that her autistic daughter had been given hormone blockers, had her breasts cut off, and believed the surgeon could actually “grow her a penis.” Even telling this sad story is hate-speech.

We have also cited studies that show children do best when raised by their own married mom and dad and that no other coupling or singling will do as well for kids. This is considered pure hate-speech and a form of violence against homosexuals.

One of my “crimes” that has long-haunted me is my assertion that putting “sexual orientation and gender identity” into any UN document would be the “nose of the camel under the tent” and that much of how international law is developed these days is through “lying, coercion, and trickery.” I had a whole speech on this topic and this is all they constantly quote. The argument is that ill-defined terms, like SOGI and reproductive health, are used in otherwise toothless UN documents and then bootstrapped into human rights law binding all governments. This is not even a controversial notion let alone a reason to land someone on the New Black List.

They constantly quote a joke I repeated almost 20 years ago about how a priest of the Holy See delegation “guaranteed absolution if you took Hillary Clinton out, and not on a date.” It is the kind of black humor you might hear at 4 a.m. in the sweaty basement rooms of the UN after days and days of tough negotiations. The dossier says obviously erroneously that I threatened Hillary’s life by quoting this very holy priest’s joke.

The dossier goes on and on and on and if anyone actually looked closely at any of these “charges,” they would know that none of them rise to the level of hate let alone blacklisting. This is why they are all bundled together—I hear I have 52 entries at Right Wing Watch, a badge of honor if you ask me—because standing alone they are so silly and weak. The sheer length of the dossier is proof-positive there must be fire in the midst of all this smoke. These citations and quotes, often ripped from context or simply lied about, are part of the sometimes-sharp give and take of public policy debate that the LGBTs believe should not be allowed to take place.

The purpose of the New Black List is not to engage, but to silence; but even more than that, to warn. It is to warn of contagion. If you work with one of these blacklisted groups or persons, you will be contaminated, too; you will be blacklisted, too. We will come after you where you live. We will come after you where you work. You may never work again.

Even now a cabal of the pelvic left has started a new list of “hate” groups and are demanding that mainstream media refuse to quote them or have them on their news programs. We are on that list, too.

This is the New Black List. Are you now, or have you ever been a believing and practicing Christian? Whether you know it or not, you are on it, too.

This article was originally published by Crisis Magazine.

Austin Ruse is president of C-FAM (Center for Family & Human Rights), a New York and Washington DC-based research institute focusing on international legal and social policy. The views expressed here are not necessarily those of C-FAM.

-MEMBERSHIP in Catholics for America-

Help us continue our work with a donation or by becoming a member.  Members receive a complimentary digital version of a WOLF IN SHEEP’S CLOTHING.  A docudrama that exposes the life and ideas of the father of community organizing and enemy of the Church, Saul Alinsky. 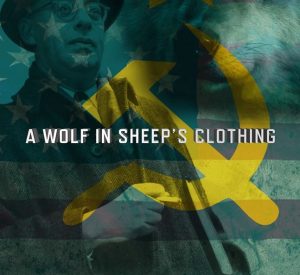